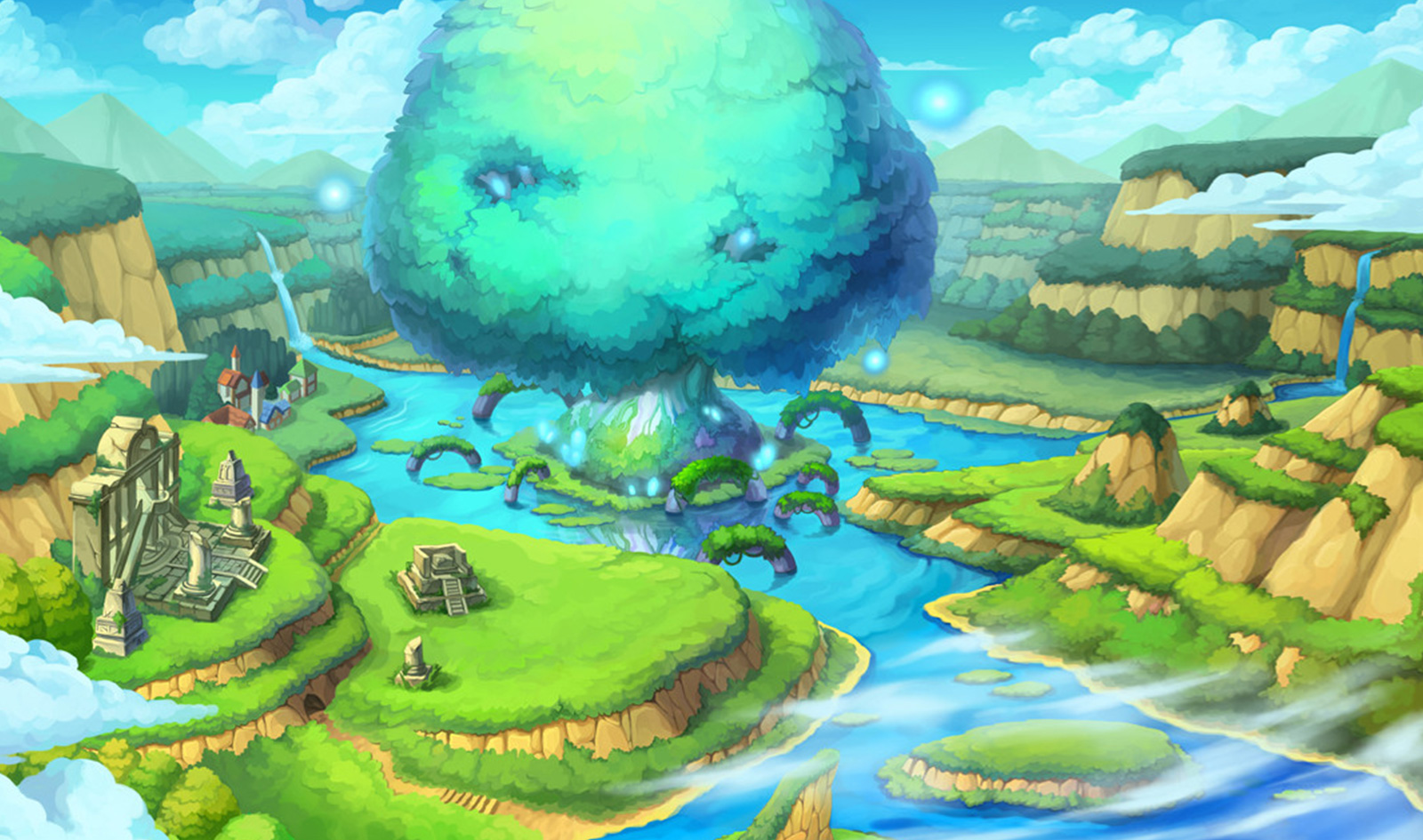 ELRIOS, THE CONTINENT OF THE EL LIFE CRYSTAL

Darkness surrounded the land and Chaos was born out of it. The massive continent was barren and almost lifeless, but the Goddess Ishmael wished to protect this material realm. Like lightning striking down from the skies, the Goddess Ishmael sent a huge gem that came hurtling down and landing at the heart of the continent. From nothing, life sprang once more and thrived in abundance. The oceans and the rivers began to flow making the forests flourish. Peaceful winds return and so that the once desolate continent was able to breathe anew and blow away the harsh flames that had ravaged it.

The land became blessed and soon, people and animals would begin to appear, and the gem would emanate what seemed like a breath of life. It would shine and glisten and spread its energy all around as people from different places would come to admire it. The people of the land would call the gem, El. The land it revived would be called ELRIOS. 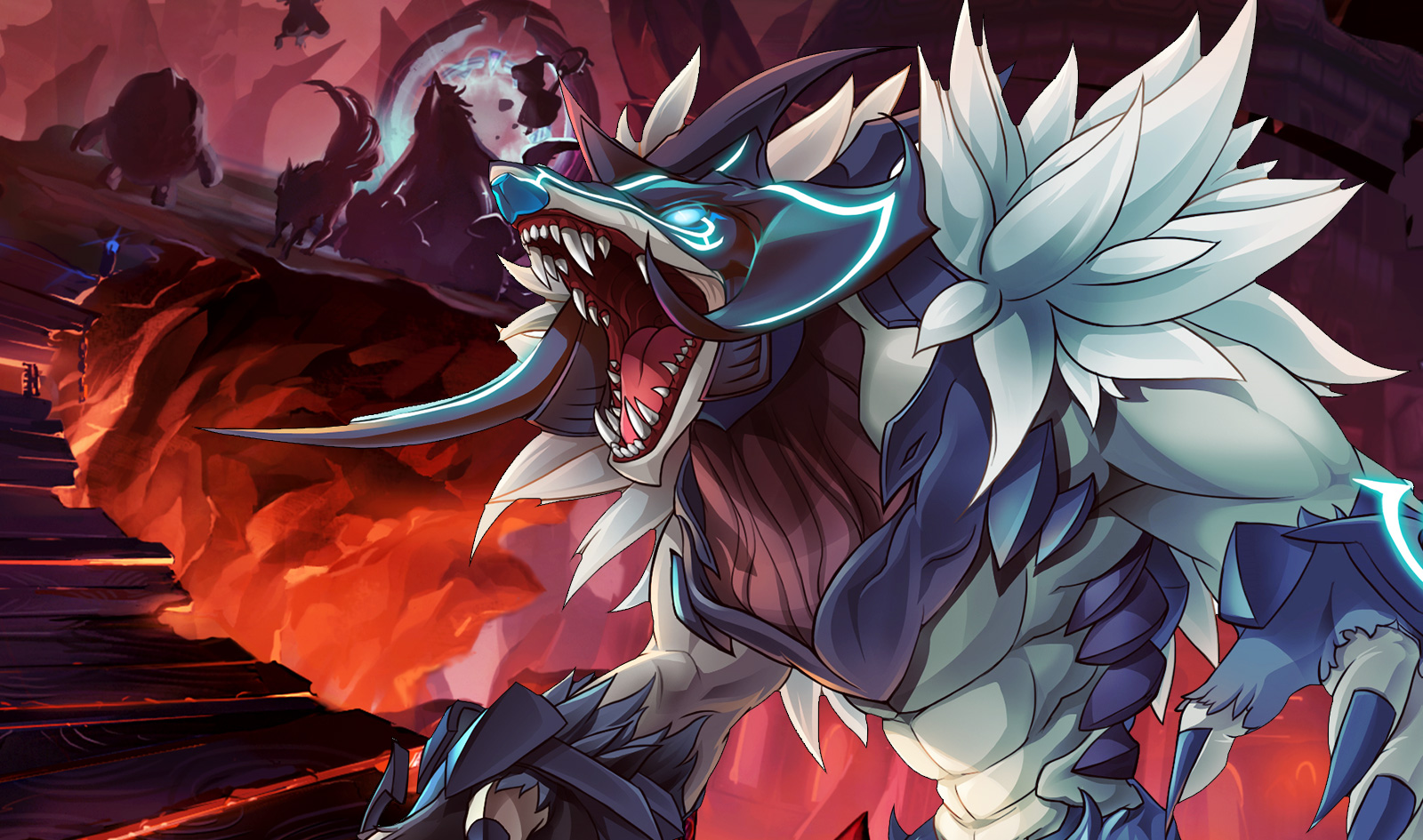 THE MONSTER OUTBREAK AND THE ELRIAN

Prosperity came to the land of Elrios but it could not fully remove the traces of influence the Demon Realm once cast over it. North of where the El had settled, dark energies seeped through a gap in the dimension turning forest creatures into fearsome monster., As the dark energy that seeped through increases, the monsters would be influenced to come out of the forest to attack people.

Citizens became paralyzed with fear, but a general marked with the emblem of the Sun rallied his militia against the monsters to strike them down and defeat them. The general was not only skilled but seemed knowledgeable in harnessing the power of El to fight. Soon after, people who could harness the power of El have begun to appear and the Goddess Ishmael granted the children of the settlers near the El to control it. The people would come to admire and follow those who were given the ability by the Goddess. These people were the ELRIANS and through their ingenuity, they established ELRIANODE 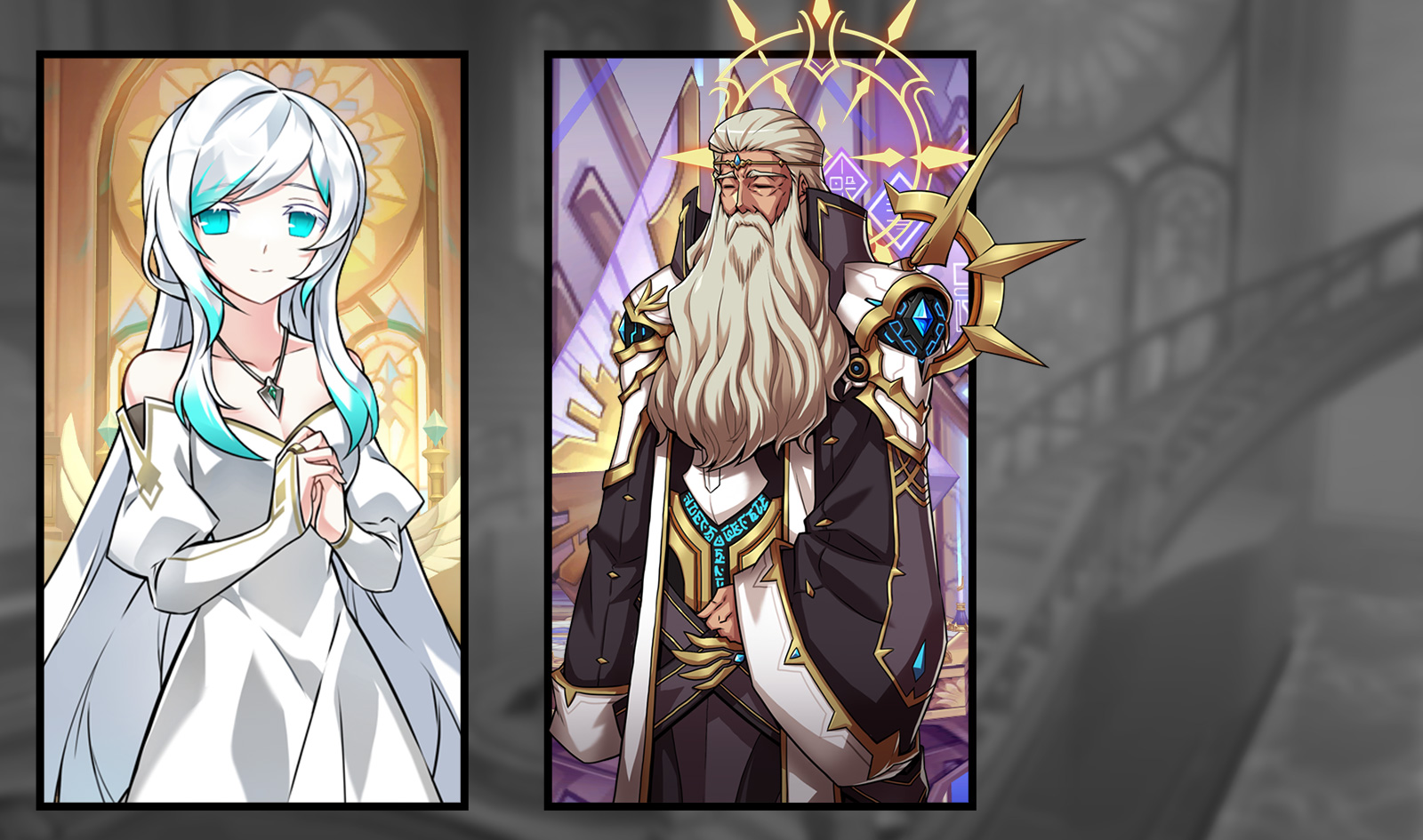 NASOD AND THE EL LADY

Civilization flourished under the guidance of the Elrians as they began teaching people how to harness the power of El. This period of prosperity and affluence was known as the brilliant ELRIAN KINGDOM.

Among these citizens were people who excelled in the theory and application of El energy – they were the Debrians. Though lacking in the ability to manipulate El directly, they found a way to handle it through mechanical means. The most prominent among the Debrians is one called Adrian Nasod. With the Code, he was able to fashion an El energy device capable of moving on its own. They were his namesakes – the Nasods. Through further development, his creations of A.I.s called Adam and Eve was accomplished.

Unfortunately, due to human greed, the power of the El came to be gravely misused as more and more Nasods were created. The power of El deteriorated and the once bright continent of Elrios became dark once more.

To protect his fellow Nasods, Adam started a war with the humans but his siege proved to be unsuccessful as he was drained of his El Energy which caused him to cease functioning.

Nasod production stopped and the chaos that once was before Elrios slowly returned. The seas spilled over to the land dividing the earth – the El was at its breaking point. It was then that the Goddess Ishmael stepped up to take control of the catastrophe. Through the body of a young lady she possessed, the Goddess was able to restore the El and life slowly returned once more. Soon people started to venerate these young women they call EL LADY. 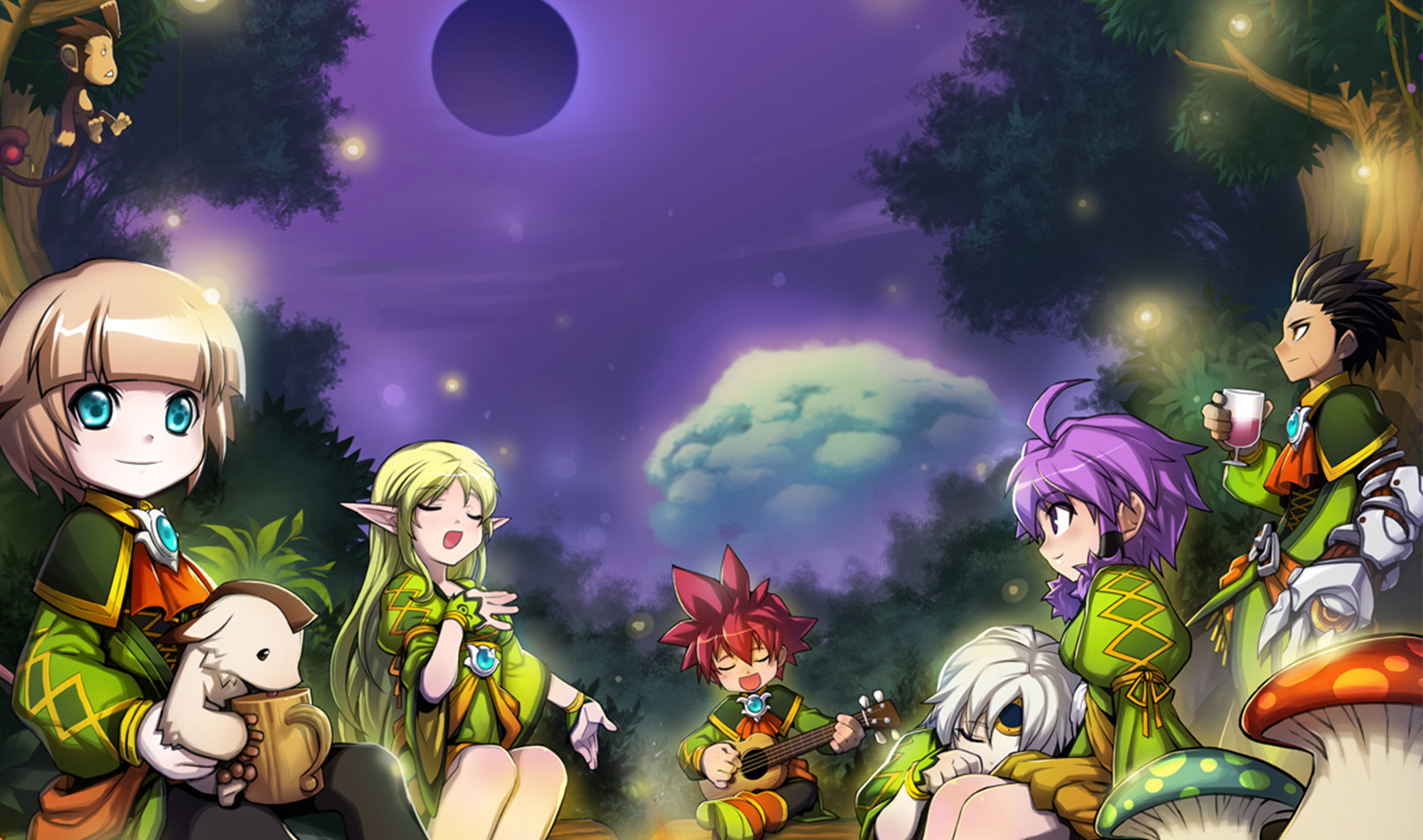 THE HARMONY FESTIVAL & THE LAST DAY

Every 3 years in Elrios the sky will grow dark, and the Sun and Moon become one. For all living creatures this was a time for reprieve and for enjoying each other’s company. This became the tradition of the land to allow the El’s natural energy to prosper and to unite all; it was called the HARMONY FESTIVAL. A truly peaceful and tranquil time in Elrios.

It is during this day that even though the El looks natural and full of spirit, it is in its most vulnerable state. The El is defenseless while it facilitates the circulation of energy by itself.

The El tower was attacked by Solace during one Harmony Festival night. Out of sympathy, he made it a mission to set free the El Lady who watches over the El. As the festival carried on, the El Lady and Solace had escaped together.

A fight ensued between the guards of the tower and Solace’s followers. In the most inopportune time, the El Lady who had abandoned the El was overwhelmed with turmoil and became unstable. An uproar followed and explosions erupted everywhere. The El exploded into small fragments and scattered all over Elrios. 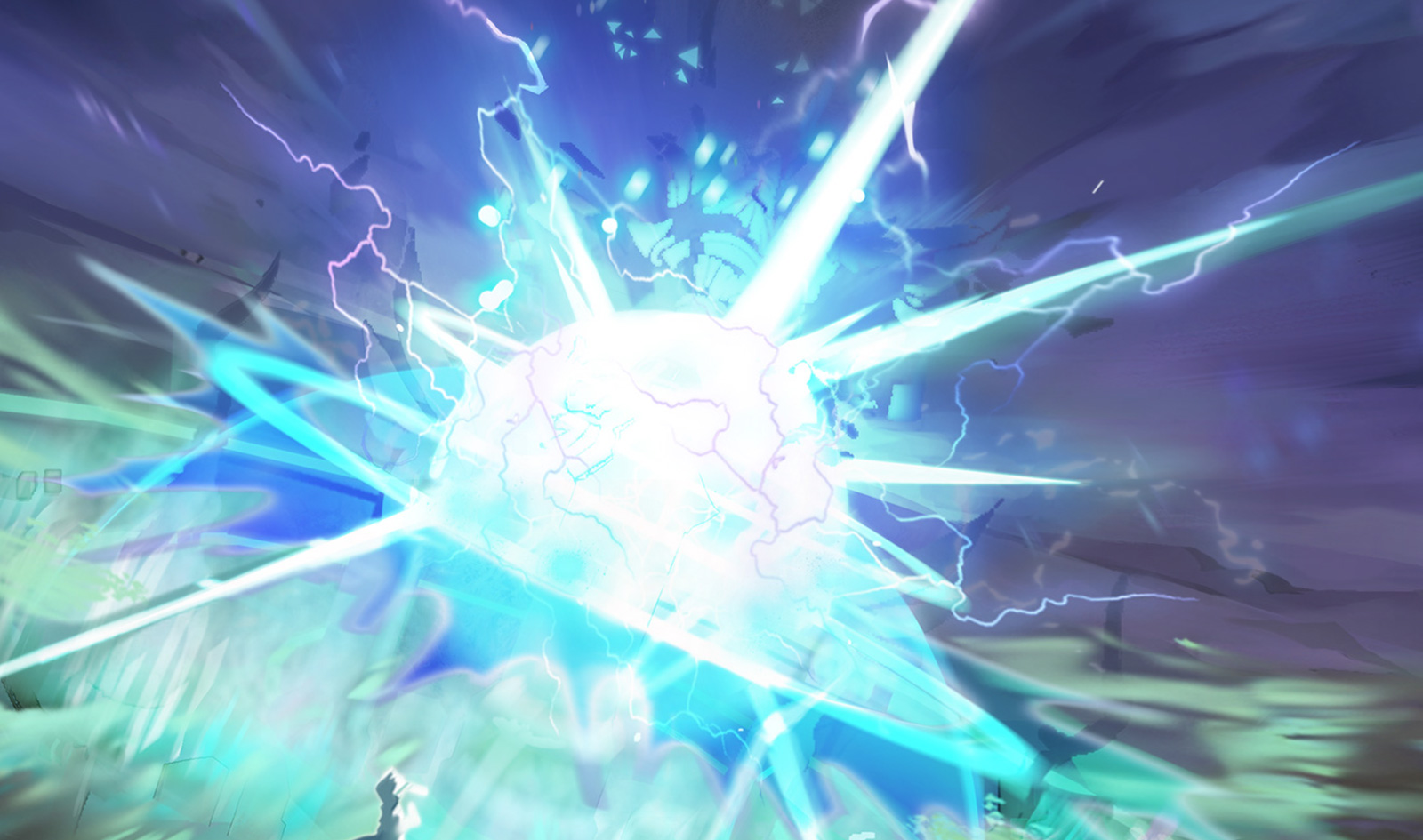 The Survivors could only breathe in places where El Shards have settled, which caused many people to reside in areas where there were large El Shards. Soon, a massive earthquake split up the lands. Tremors continued for several months, and this eventually led to the continent splitting in two. Communities were divided and the remaining masters have settled near large El Shards to restore the power of El.

The remaining people who had followed the Masters sacrificed their lives in order to restore the continent back to the way it used to be. Yet the heirs waited at the tower for the El Lady to return. The Kingdom is now overrun with wicked beings that steal the broken El Shards to use for evil gain but there will always be creatures that try to protect it.